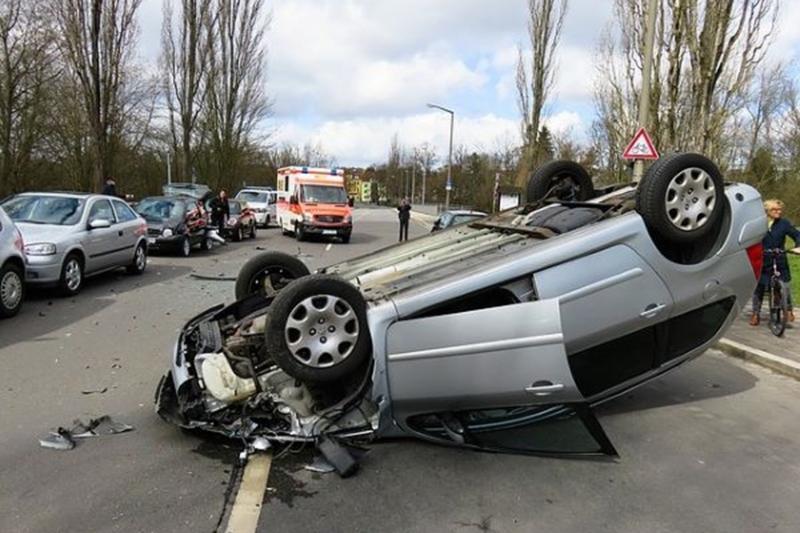 Image by Gerhard G. from Pixabay

Rollover crashes occur more commonly than you’d expect. Still, cases often go unreported or under-reported because the drivers were driving recklessly, at high speeds, or under the influence of drugs or alcohol.

According to statistics, rollover crashes (ROCs) cause about a third of all highway vehicle occupant deaths. Wearing a safety belt is an important safeguard against injuries during rollover crashes, but, despite the precautions, they still occur, producing severe damages, catastrophic injuries, and fatalities.

About 220,000 light vehicle rollover crashes happen each year, and more than 350,000 passengers are affected. ROCs make up only about 2.2% of crashes, but they’re responsible for about one-third of all crash injuries. The most common causes of rollover crashes include the following practices:

Roof collapses cause the most serious injuries caused by rollover crashes. Collapsed roofs can cause traumatic brain and spinal injuries, and any rollover accident can prove devastating. However, you can prevent rollovers with avoidance techniques by choosing safer vehicle designs, wearing safety belts and avoiding dangerous driving practices.

ROCs’ severe injuries include glass sunroofs shattering and hurting passengers even when they securely fasten their seat belts.

Getting an Experienced Lawyer

After an accident, finding the exact cause of ROCs involves complex dynamics and studying engineering principles. Finding the cause usually means understanding liability and getting victims the compensation they deserve.

A trained accident lawyer often has the tools to investigate and determine the most likely cause. One of these methods includes hiring an expert accident reconstruction engineer. For this reason, it is important to hire an experienced lawyer if you’ve been injured in a rollover crash. In addition, you might need to sue the other driver and file a lawsuit against the car manufacturer if the investigation determines that an inherent design flaw caused the accident. Contact a Bader Scott Atlanta car accident lawyer for representation you can trust if you ever get in such an accident in Georgia.

Rollover crashes can result in severe trauma and death, so it makes sense to recognize these common causes. However, your regular maintenance and safe driving can prevent most ROCs. ROCs have high mortality and morbidity rates based on a range of circumstances that include the type of vehicle, pre-crash speed, number of turns, the intensity of the crash, and other factors.

Ejection from the car intensifies any injuries, and passengers have a 91 times greater risk of severe injuries if ejected. About two-thirds of ROC deaths come from vehicle ejections. Seat belt use is the top way of avoiding vehicle ejection, which affects younger, inexperienced, and aggressive drivers more frequently than others.

If you ever get in such a situation, make sure you get the proper medical attention and the best legal representation you can find in your state.

With a BA in communications and paralegal experience, Irma Dengler decided to make the best of her writing skills. She decided to turn complicated legal matters into something more

palatable for the masses. Therefore, Irma became a law communicator who writes about everyday problems so everyone can understand them and take the appropriate action. She specialized in personal injury cases, as they are more common than anyone thinks, but her areas of expertise also include civil law, criminal law, insurance-related issues, and more.