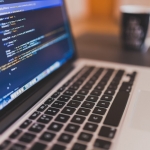 No-fault laws are those that don’t require someone to be blamed for an accident, or a situation such as a divorce. They are typically determined in the states and can vary from one to the next. Currently, there are almost a dozen states where auto insurance companies can still offer coverage for no-fault policies to pay for any medical expenses incurred due to a car crash. When there is no... ❯❯❯

Choosing an Attorney: Why Hiring a Specialist Counts

Whether you've been arrested for a crime or you need someone to look after your business, finding a lawyer who focuses in your area of law is essential. You may think that any practicing lawyer will do, but ask yourself one question: "If I'm having heart problems, would I see a brain surgeon?" Hiring a lawyer who specializes in certain areas of law is a lot like choosing a doctor. Certainly, a... ❯❯❯

With the GOP convention behind the nation, many are stopping to take stock and count those who decided to take a pass instead of forging a coalition behind the Republican candidate Donald Trump. It is hard to believe that Trump, slated not to make it past the first round, beat out top contenders like Scott Walker. At this time last year, hopefuls believed that Scott Walker would win the top spot,... ❯❯❯

“Art Of The Deal” Autobiographer Directed To Cease-And-Desist

As Donald Trump stood on stage at the presidential convention for the GOP, accepting his place as the nominee for 2016, onlookers had to blink a couple of times. The truth is that no one took Trump seriously. No one thought he was real when he declared he was going to run, and certainly not when he stood on stage at the debate talking about not only putting up a fence but getting the Mexican... ❯❯❯

Abortion is one of those topics that you are either for or very, very against. The law of the land allows for a woman to abort an unborn fetus before twenty months without consequence. No matter what side of the political fence you are on, it may mean something different if it is your daughter or your son’s girlfriend who is thinking about aborting their pregnancy. Many adults already feel... ❯❯❯

There are many misconceptions about workers' compensation laws. Possibly because they vary from one state to the next, understanding what your rights are as both employee and employer can be confusing at best. In a recent ruling in Ohio, workplace injury does not require proof that the injury was sustained at work for a claim to be accepted. The Ohio Supreme Court recently ruled in Onderko v.... ❯❯❯