Should You Sue or Accept a Personal Injury Settlement? 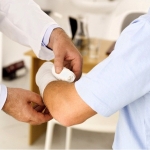 There is always a choice that has to be made during a personal injury case. Sometimes you have to figure out if you are going to go all the way and sue someone in court, or you are going to take the settlement they are offering. And there is no simple answer to such a question. It is impossible for us to say, yes you should accept a settlement, or you should sue, unless we know the full details... ❯❯❯

Immigration Law: Employment Based Vs. Family Based Green Cards

Immigration to the United States takes form in several different methods. The two most commonly used are Employment based and Family based Green Cards. Each offers their specific contribution to immigration as whole and the US economy. With one basic goal to promote domestic family life and at the same time filling labor shortages within the USA. ... ❯❯❯

The Law of Talk: The Regulations on Recording Phone Conversations

There can be some aspects of federal laws where too little information or just plain ignorance of what you can and can’t do, could prove to be a problem. Recording phone conversations is a prime example of how you could land yourself in hot water or find yourself exposed to a situation that could have been avoided, if only you had a greater knowledge of the privacy laws. Here is an... ❯❯❯

Domestic Partnerships and Children: Priceless Advice for Unmarried Parents Who Are Splitting Up

With the amount of people not getting married at an all-time high, it’s relatively common nowadays for couples to remain unmarried and still have children. With recent statistics suggesting up to a huge 85% of relationships will result in a break up, unmarried parents are facing confusion surrounding rights to their children more than ever. If you’re unmarried and facing an impending... ❯❯❯

5 Interesting Facts You Should Know About Medical Malpractice Law

What an Estate Lawyer Does And How He Does It

To protect your assets and plan out what to do with it now and what happens to it after your death, you talk with an estate lawyer. Estate lawyers specialize in handling assets before and after a person’s death. They make plans that follow the current laws in your state and make sure  those plans can actually be followed through with. The basic steps an estate lawyer will walk you... ❯❯❯ 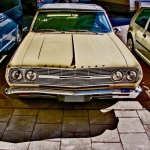 There is an old saying “buyer beware”, which is particularly apt when the subject is used cars. Speak to anyone and they will all have a story about a car they bought that turned out to be a total lemon. Unfortunately, car dealers don’t have the best reputation. Some used car dealers are honest and ethical, but plenty more will happily sell us a clapped out heap of trash and... ❯❯❯

Do You Really Need to Get a Lawyer?

A lawyer’s fee is no joke. That’s why, as much as possible, people like to avoid hiring one. However, there are many cases when you just can’t. A lawyer can’t only assist you with drafting your last will or dealing with car accidents. They can also help in settling disputes, proving yourself innocent from crime, etc. It’s understandable why some people dislike... ❯❯❯

4 Simple Measures to Protect Yourself as a Motorcyclist

With the ever-increasing numbers of motorcyclists getting involved in fatal accidents, it’s high time we made changes to enhance safety. Motorcycles are more dangerous than cars on the road. In fact, more than half of the motorcycle deaths occur as a result of single-vehicle crashes. Older motorcyclists are at higher risk. A personal injury lawyer Ottawa can represent cases that involve... ❯❯❯ 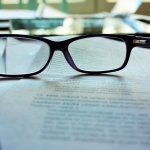 While having a legitimate personal injury claim is one thing, going with the wrong lawyer could have severe implications on your case. Not only could it severely reduce the amount of money you might be entitled to, it might also result in your case being thrown out. In this article, we're going to examine five things everybody should be on the lookout for when searching for a personal injury... ❯❯❯